Through careful consideration and planning, FRA has decided to transform its in-person annual conference to a virtual speaker series. While we were looking forward to seeing you in October, the health and safety of our staff, attendees and exhibitors is our top priority. We have several exciting speakers and sessions planned throughout the fall! Details are below.

About the Speaker Series

The registration fee for the 2020 FRA Virtual Speaker Series and Education Programs is $395 for members ($495 for non-members) and includes individual access to two keynote sessions as well as educational webinars and the 2020 Awards and Graduation Ceremony.

Once you register, we will load your information into the system and you will receive an email notification the day before each session. The email will include an access link that is for individual use only. You cannot share this link with anyone else. If you do not receive an email with an access link the day before each session, please check your spam or junk folders. If you are still having trouble, please contact Michael Winn.

The full schedule can be viewed with the buttons on the right side of this page.

You can also view the official PDF here.

The FRA is offering a sponsorship opportunity for the Graduation/Awards night. The sponsor fee is $500 and includes posting of your logo and website link during the presentation, as well as both posted on the FRA webpage. Please contact Heidi Hogarth for more information or to confirm your sponsorship.
Upcoming Sessions and Events

While redevelopment and revitalization initiatives have proven to be successful. This pandemic has highlighted the importance of considering other significant community development strategies that have the potential to influence the known determinants of health disparities. Come hear experts discuss the issue of health disparities, especially in communities of color, and creative ideas to address these disparities such as housing and safety which are needed for sustainable long-term results. 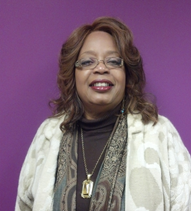 Prior to her current position Ms. Shamplain was the Main Street Manager with the Downtown Improvement Board where she not only served as Main Street Manager but also was responsible for 3 of the 4 CRAs administered by the DIB.  Additionally, she was the first Director for the Panama City CRA as a stand-alone agency that later merged with the City of Panama City. Ms. Shamplain holds a bachelor’s degree from Bethune Cookman University and has earned various Certifications in Management, Outcome Evaluations, Human Resources, as well as a Certificate of Appreciation from the Executive Office of the United States President, Washington D.C.

Toni’s areas of expertise include not only community revitalization and redevelopment, but design and implementation of substance abuse treatment programs, designing group homes for children as well as the elderly; primary health care; criminal justice and corrections; information officer for a computer software design corporation, and working in Puerto Rico and the Virgin Islands.  Ms. Shamplain also has expertise in System Analysis, Budgets, Public Policy, Faith Based Organizations and Not for Profits, etc.

Ms. Shamplain has worked effectively within various levels of government to include city, state and federal government.  She is also a former Instructor with the Georgia Schools of Substance Abuse Studies, a Visiting Professor for Historical Black Colleges, adjunct professor Daytona Beach State College, Guest Lecturer at Georgetown University, and a National Motivational Speaker.  Ms. Shamplain has been featured on National TV (CBS) for her advocacy and program success in Miami Florida while also being a contributing author with the Child Welfare League of America. 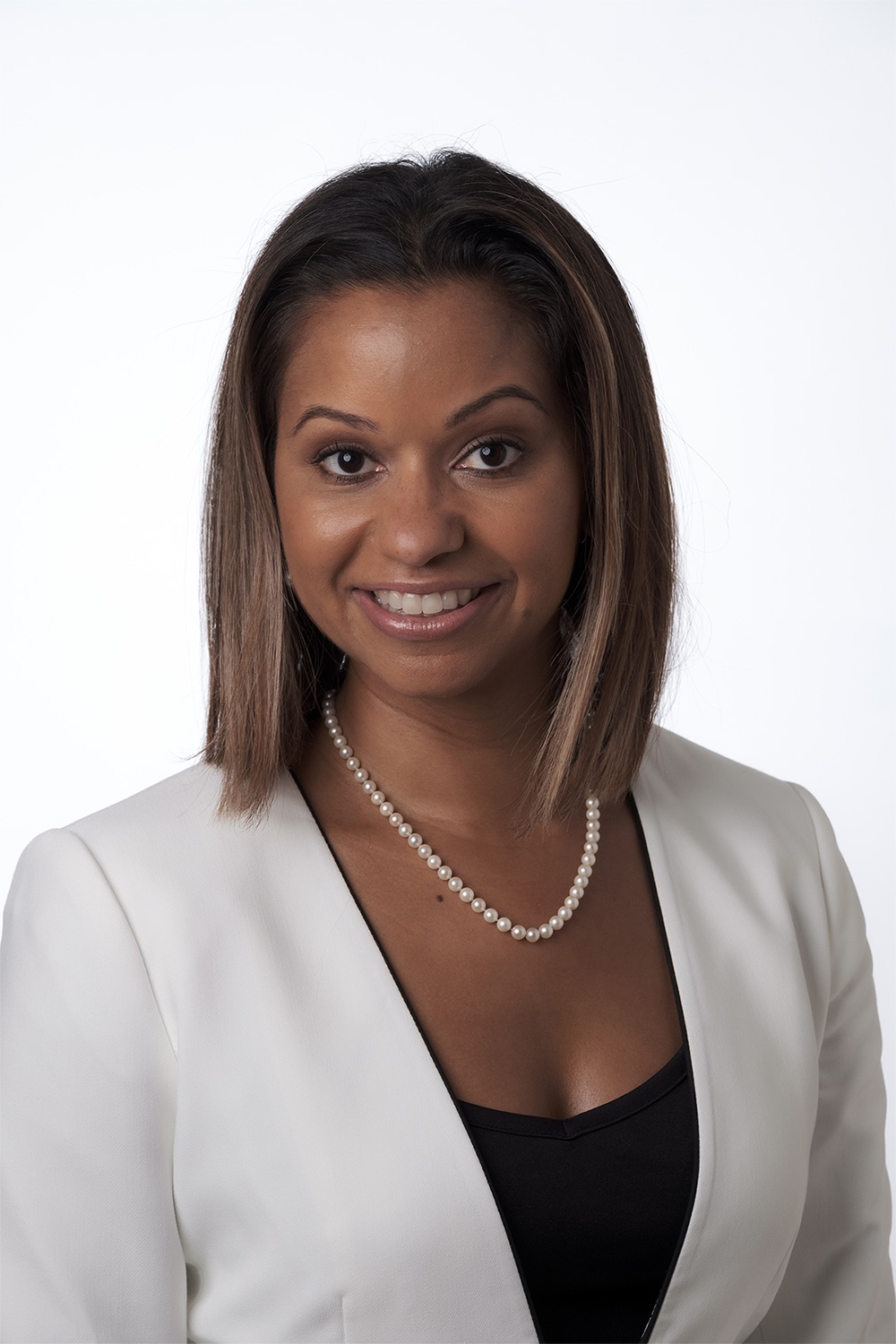 Renée A. Jadusingh is currently serving as the Executive Director of the Delray Beach Community Redevelopment Agency, recently promoted from Assistant Director. Alongside her work with the Delray Beach CRA, Renée serves on the Board of Directors for the Florida Redevelopment Association.  Prior to working with the Delray Beach CRA, Renée was Staff Counsel for the Southeast Overtown/Park West Community Redevelopment Agency where she oversaw all legal matters and was responsible for drafting grant agreements, leases, board resolutions, and other legal documents.  She has extensive experience in the public and private sector working with redevelopment and management in the South Florida area. She is dedicated to working for the public interest and revitalizing communities in the areas in which she serves. Ms. Jadusingh received her Juris Doctorate and LL.M. in Intercultural Human Rights – Cum Laude from St. Thomas University School of Law and serves on the Board of Directors for Aid to Victims of Domestic Abuse.

This is session is designed for elected and appointed officials, volunteers and advisory board members. It provides a succinct overview of what you need to know that you don’t know in the universe of CRAs. Learn some helpful practical, legal and administrative best practices for CRA policy making success.

This session is via Zoom and requires a separate registration and fee of $50.

October 29 - The Future of Property Taxes

While Florida’s economy stalled amid the coronavirus pandemic, the current year’s outlook for property taxes does not seem so bleak. Will that also hold true for the for the next year? Come listen to experts give a broad overview of property taxes and discuss the forecast for future revenues. Property tax relief is expected to be a hot topic in 2021. Come learn more about this important issue and how it could impact property taxes and tax increment financing for your community.

November 4 - Lobbying in Times of a Pandemic and Beyond

Join FRA’s legislative counsel Ryan Matthews from Peebles Smith & Matthews to discuss advocacy before the Florida Legislature. Ryan will provide tips for establishing a relationship with your legislators both at home and in Tallahassee; continuing to connect throughout the year; knowing when to engage; and ultimately delivering a substantive and persuasive message. The Florida Redevelopment Association has been successful in multiple legislative attempts to curtail authority granted to CRA’s through effective and efficient communication. Learn how YOU can help continue the trend of positive outcomes from your lobbyist in Tallahassee. In addition to tips on how to create and maintain legislative relationships, Ryan will also give advice on how to navigate lobbying in the time of a global pandemic.

Rebecca Ryan is the Resident Futurist at the Alliance for Innovation, a Senior Advisor at the Governing Institute, a faculty member at the Institute for Zen Leadership, the founder of Futurist Camp, the inventor of Futures Labs and owner of NEXT Generation Consulting, Inc. She is the author of The Next Big Things: The Future of Local Government (2015), ReGENERATION: A Manifesto for America’s Future Leaders (2013), and Live First, Work Second: Getting Inside the Head of the Next Generation (2007). Her TEDx talk, Spring is Coming, was featured at the prestigious TEDxBeaconStreet in 2015. Richard Florida, author of The Rise of the Creative Class, calls Rebecca “one of the most reliable sources for CEOs and Mayors who want to attract and keep the next generation of creative workers.”

Our awards and graduation night is going virtual! On Thursday, November 19, we will be premiering a prerecorded celebration to announce this year’s award winners and Academy graduates. Join us as we recognize the best in Florida redevelopment!

If you have registered for the entire speaker series it is included with your registration. If you want to just attend the ceremony, you can register separately. The fee is just $45.

The FRA is offering a sponsorship opportunity for this program. The Graduation/Awards Presentation Sponsor fee is $500.00.  This fee includes posting of your logo and website link during the presentation, as well as both posted on the  FRA webpage. Please contact Heidi Hogarth for more information or to confirm your sponsorship.