CRAs: Time to Get Social 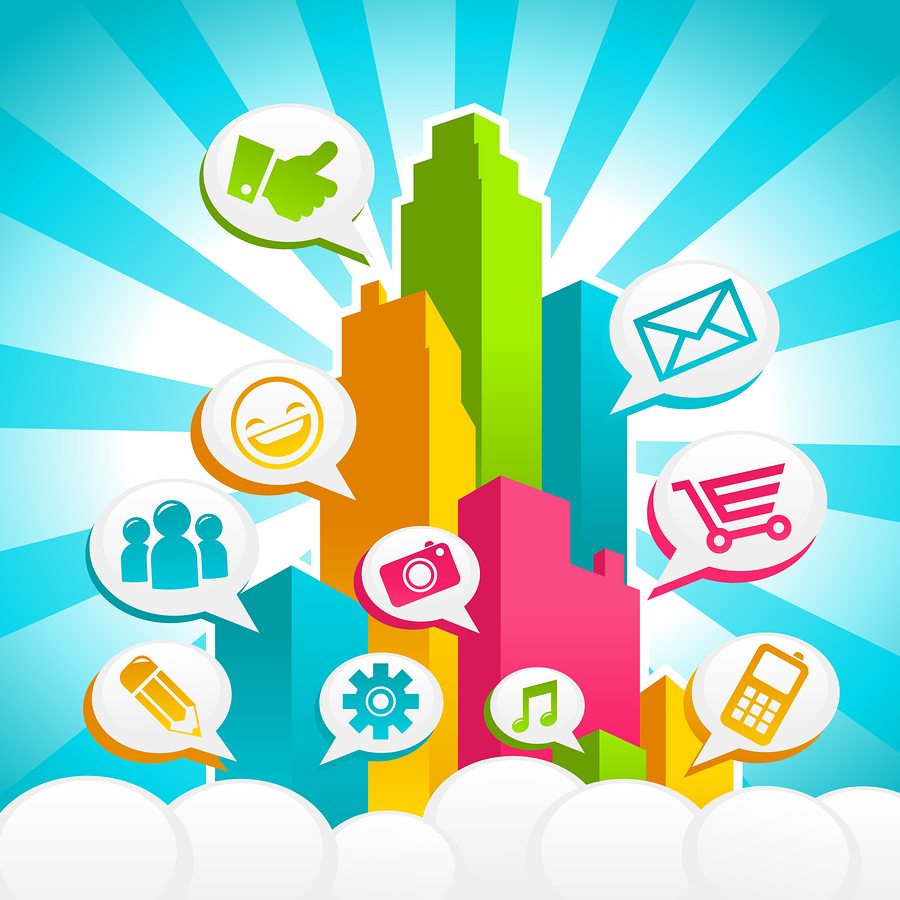 Is your CRA represented on social media? If not, you are missing out on a huge opportunity for raising awareness and growing support for your CRA. Social media sites are much more than networks of friends sharing stories and pictures. Increasingly, people are getting their daily news on social media and businesses are using these platforms to inexpensively reach thousands of users. Your CRA can build a network of engaged supporters, inform the public and create its own press by developing a social media strategy.

Initially, you’ll want to select a few social media outlets to become active on. Facebook is a great first social media outlet, as most people are already familiar with the platform. Once you’ve created a Facebook page for your CRA, you can post or schedule created content and pictures, as well as share news, and important updates.

Another great social media site for CRAs is Instagram. Instagram is an app that lets users edit and upload photos. This is a perfect place to post pictures of new, ongoing and completed redevelopment projects. Post before-and-after pictures to display the results of successful redevelopment efforts.

LinkedIn, the social network for professionals, is perfect for CRAs because it allows you to connect with influencers such as local developers, elected officials and residents. These connections can help spread the word about the positive impact your CRA maintains. You can also create a LinkedIn group to facilitate useful discussion and get feedback from local constituents about your CRA.

Facebook, Instagram, Twitter and LinkedIn share a variety of useful features. All four platforms allow you to “tag” or link to other users with the “@” symbol. Tagging relevant accounts such as FRA, other CRAs, or cities will help maximize your account’s exposure. These social sites also allow you to connect your posts using hashtags. Hashtags are keywords and phrases preceded by the “#” symbol. The use of various hashtags such as “#TransformationTuesday” or “#BetterCities” will ensure that you are connected to FRA and other CRAs around the state.

Seventy-eight percent of Americans are on social media, and nearly 40 percent of the globe is active on Facebook. That’s more than 1.5 billion people who will have access to information about your CRA’s redevelopment efforts and future projects. Take advantage of these tools and get your CRA engaged and active on social media today!

Need more assistance with social media? Please refer to the variety of sample posts in the gallery below. 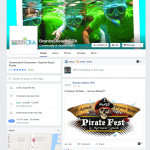 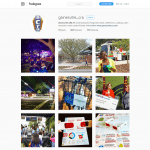 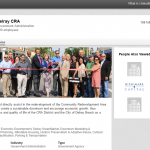 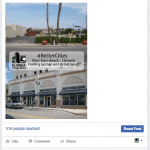 FRA Before and After Photo 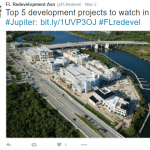 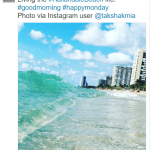 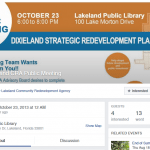 How to Get Your CRA More Involved
September 7, 2016

How Google Analytics Can Help Measure your CRA
August 16, 2016